Lecture by the Chief Editor of Yps

The triops are coming to the HAPTICA® live ‘17: Crabs one could breed oneself and similar gimmicks brought the children’s and youths magazine, Yps, cult status back in the 1970s. Yps has been back on the market since 2012 – relaunched as a men’s magazine – and the onpack is still its trademark. In the scope of the lecture programme of the HAPTICA® live ’17 in Bonn on March 22, 2017, the Chief Editor, Christian Kallenberg, will be reporting on the significance of the haptic magazine supplements at the POS and for the target group.

After being employed at the Bauer Media Group and Gruner + Jahr in Hamburg, Kallenberg, born in 1977, moved to Munich to work for a men’s lifestyle magazine, where he occupied the position of Chief Editor up until 2010. Two years later he relaunched the magazine Yps for Egmont Ehapa Media.

The HAPTICA® live ’17, which is being held at the World Conference Center Bonn on March 22, 2017 addresses trade visitors from the marketing, communication and procurements departments, advertising agencies and the promotional products trade and comprises of the product presentations of over 140 exhibitors, a Best Practice special exhibition, a lecture programme as well as the exhibition and award ceremony of the Promotional Gift Award 2017. 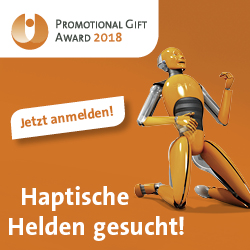 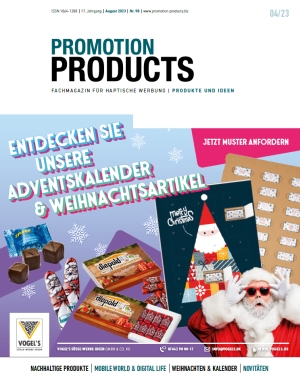